Automated IoT Interoperability Testing: The Huge Opportunities You Could Be Missing Out On

As the driving force behind the Fourth Industrial Revolution and a boom in consumer electronics, IoT growth is surging.

The figures are remarkable. McKinsey estimates that 43 billion IoT devices will be in circulation by 2023. That’s more than five connected devices for every person on the planet.

By the same year, Cisco expects that 50% of all connected devices will be machine to machine (M2M). By the end of 2021, Microsoft assesses that 94% of businesses will be using IoT in their processes.

The proliferation of so many devices will test QA departments to their limits. Those who operate entirely through manual testing are unlikely to be able to manage the workload. The pressure of ensuring interoperability with a huge range of devices, while maintaining or accelerating speed to market, will simply be too great.

Automated IoT interoperability testing will be the only feasible way forward – and one that delivers significant benefits to all concerned. 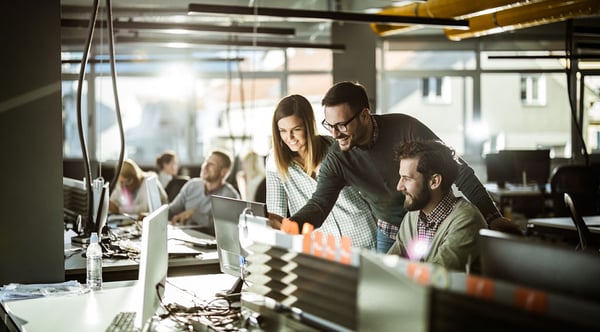 Here are 14 powerful opportunities it unlocks.

Automated Testing Is the Only Option Fit for the Future

Smart cities, smart home, smart factories: every aspect of our lives is being touched by technology in ways unimaginable only decades ago.

It is now unquestionable that the demand for connected devices is going to grow, especially as 5G moves from future promise to day-to-day reality. Somehow, manufacturers must find a way to keep up – and automation will be critical.

Automated testing offers significant benefits across all areas of the testing cycle. It maintains your competitive advantage, delivers increased product confidence and allows for testing to be scaled as and when it is needed. It also positively impacts your financial outlook.

Of course, manual testing will maintain some level of importance. But wherever possible, automated testing is the forward-looking solution because the opportunities it provides are so evident and measurably beneficial.