The widespread adoption of automated testing is no longer in doubt. Indeed, 40 percent of organisations have already automated more than 30 percent of their testing, according to Tricentis.

To understand why this is happening, we must examine the measurable benefits of automated testing. These are the top five advantages of automation: 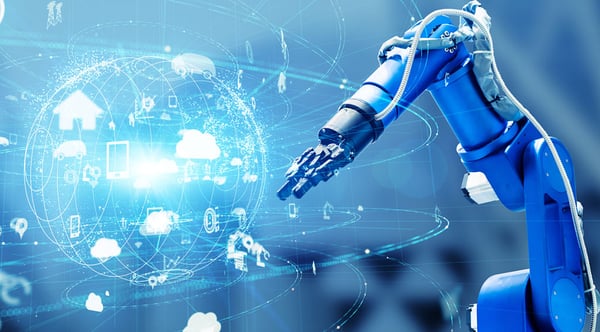 Establishing a true cost per test is a complex process. The “coming of age of agile and DevOps” only adds to the difficulties, according to Capgemini.

Many organisations have also gone through a period of significant testing investment. The implementation and use of robotic process automation, machine learning and artificial intelligence all create initial upfront costs.

But once those initial costs are navigated, significant gains are available. The increased precision and definition of automated testing plans creates outsourcing opportunities to lower cost markets. It also means tests can be completed faster.

Perhaps that’s why 61 percent of Capgemini respondents said automated testing had delivered a reduction in costs – up from just 39 per cent two years earlier.

Salary demands of experienced and highly-skilled software engineers are substantial. Many teams are 50-100 strong, with each individual able to demand a comprehensive package of salary and benefits.

Test engineers in Silicon Valley are among the world’s highest paid, with industry expectations seeing them routinely collecting strong six-figure deals. But wherever an organisation is based, test engineers will not be cheap.

Automated testing enables companies to reduce the size of their testing team. This means funds can either be redirected into other investments or added into the business’s bottom line. It also eliminates another costly situation: paying testing staff salaries when no testing is required.

Speed is one of the major advantages of automated testing. Without the need for humans to manually complete and record each test, faster testing cycles become the norm.

Almost two-thirds of Tricentis respondents (63 percent) cited this as the most obvious benefit they had realised through automated testing.

This benefit manifests itself in two ways.

First, the speed of the actual test is quicker. This is especially relevant in complicated testing scenarios, because automation can handle high levels of complexity with relative ease. Undertaking the same test with a manual approach can often lead to several engineers being involved, slowing the process even further.

Consider, for example, the potential use cases of an in-vehicle infotainment system. Phone calls, music streaming and satellite navigation could all be happening at once.

With automated testing, organisations are able to have more things happening simultaneously in any given test scenario. In contrast, variables in manual testing have to be kept to an absolute minimum in order for test engineers to correctly identify which action is producing which result.

The resulting logs and bug reports produced by automated testing are also strategically valuable. They help to determine accountability in the supply chain and quicken the process of fixing identified problems.

Because automation so precisely defines test methodologies, the entire process becomes much more robust. This enables geographically remote teams to work in a consistent fashion across an organisation, even if any individual team has less product insight and experience than its counterparts at other sites.

This impacts not just on the testing process, but also on any subsequent analysis. With tightly defined test methodologies, it is much easier to compare data across test sites. So data gathered from engineers in Sao Paulo can be readily compared with the results of testing in Singapore. Automation means the potential difficulties of geographic dispersion are reduced, while control and consistency are increased.

Automated Testing Is a Long-Term Solution

“As organisations gain in expertise and maturity, they will be able to leverage automation much more successfully in the years to come.” - Capgemini

Automated testing is not a silver bullet. Introducing it into your business will not eradicate all your problems overnight. Like anything, it comes with inherent challenges.

Finding staff with appropriate skills will be an early issue. Retaining those staff, with ongoing training to ensure they are able to operate at the top of their field, will require continuous effort and investment.

But the further an organisation progresses with test automation, the clearer the benefits become.

Of businesses where automation does not yet account for 10 percent of its testing, the advantages are still visible. Faster testing cycles (46 percent), improved test coverage (38 percent) and catching bugs earlier (20 percent) are all identified by Capgemini respondents.

But when organisations with more than 50 percent test automation are questioned, the noticed benefits increase sharply across faster testing cycles (88 per cent), improved test coverage (71 percent) and catching bugs earlier (68 per cent).

This is important to remember if you are at the start of your automation journey, when expended effort and investment can both seem high. Positive results and clear competitive advantages will soon be yours.