When To Choose Manual or Automated Interoperability Testing

“The reports of my death are greatly exaggerated.”

Mark Twain couldn’t have put it better. While automated interoperability testing has been advancing at pace, manual testing stubbornly retains its place – and value – across a range of testing scenarios.

Yet with the growing proliferation of IoT-connected devices (McKinsey estimates there will be 43 billion by 2023), will manual testing be relevant for much longer?

Increased development pace, fuelled by growing consumer demand, is putting greater pressure on QA departments. That pressure is coupled with an unprecedented diversity of products and use cases – all requiring robust testing procedures.

So will that diversity of connected products and use cases sweep away manual testing for good? Or can human involvement still deliver benefits not yet realised by technological advances? 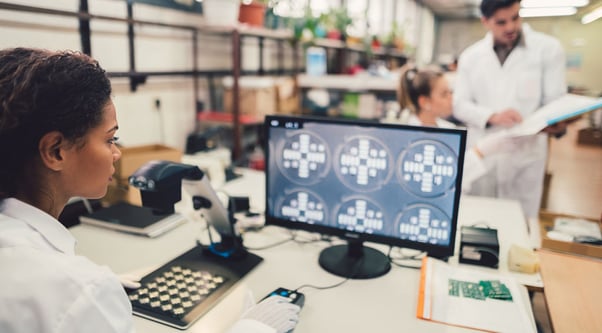 What Are the Key Benefits of Manual Testing?

Despite the relentless march of new technology, manual testing remains a crucial part of a QA department’s toolkit. Here are five reasons why:

What Are the Key Benefits of Automated Testing?

Seven issues stand out as key reasons to use automated testing. They are:

Which Situations Are Best Suited to Manual Testing?

Because humans are adaptable – far more so than automated procedures – manual testing is quick to roll out. In shorter test cycles, this poses distinct benefits: humans can often set up, perform and analyse manual tests in less time than is needed simply to set up an automated test.

Manual testing is also ideally suited for situations where the testing team is trying to establish whether a software update has resolved previously identified issues.

Finally, manual testing is the most logical route for testing early product prototypes. If the prototype is particularly early in the product development cycle, there can be little value in using automated testing because the product is likely to change significantly before it is ready for public release.

Which Situations Are Best Suited to Automated Testing?

Automated testing is the only sensible choice in several scenarios.

Regression testing is one obvious area where automation takes precedence over manual testing. If you want to run the same test over and over with new software builds, particularly on complex products, automated regression testing helps to make sure features and functions that should be working have not been broken.

Automated testing is also key to accelerating time to market. It can find more bugs, more quickly than manual testing. And it is an essential component of continuous integration and development (CI/CD) processes.

If direct reporting is key for your development team, automated testing provides detail and depth that can be beyond the reach of manual testers.

Finally, it is the ideal solution for testing important over-the-air updates that have the potential to threaten brand reputation.

When Is a Combination of Manual and Automated Testing Suitable?

Hybrid testing is becoming increasingly common because it offers a best-of-both-worlds approach. Even sceptics who champion manual testing can see the benefits of mixing man and machine.

Some scenarios simply cannot be 100% automated, so human input remains essential. And even as artificial intelligence (AI) and machine learning advance, they operate on data models. These are often built using manual testing, before automation takes over once the test requirements and processes have been learned.

Hybrid testing is also particularly effective if certain steps are hard to automate. In this instance, automation does all the tests it can. Then a test engineer runs any manual tests needed at the end of the test process.

Quicker returns on investment are also achievable through hybrid testing (although they may not necessarily be the best possible ROI in the long term).

Due to a range of challenges, including difficulties in automating testing processes, developing predictable and reusable test environments, and a lack of skilled test automation operators, automation of test activities remains under 20%. It is now the number one bottle-neck for "maturing testing in enterprises", according to Capgemini.

However, it is without question that automated testing offers significant advantages to enterprises able to harness its potential.

Integrating automated testing is a key step to creating or strengthening competitive advantage in challenging markets. AI will continue to make automation easier and more effective in years to come. So investments in automated testing are long-term decisions that look set to reap significant dividends.

The time to act is now.