How Nextgen’s automated testing platform (ATAM) helped when a leading automotive manufacturer started to receive complaints about the Bluetooth connectivity performance of a vehicle infotainment system.

“For automotive manufacturers, reputation is everything. Word soon spreads when things go wrong, especially if there is no remedial action or advice for customers. Nextgen ATAM was able to identify the root cause of a hard to find problem and steer all concerned towards a resolution.”

After the successful launch of its latest car model, a leading automotive OEM was looking forward to its next release and planning the future of its vehicle line-up.

Sales for the latest model were healthy and continuing to grow in markets all over the world. Yet just a few months after the launch, vehicle owners started to report instances of dropped calls. Initially, the complaints were a small trickle. But when the numbers began to rise, the manufacturer knew it had to act – and fast. Its infotainment system was already in the field, and concerns were growing that the system had gone to market with an unrecognised bug. 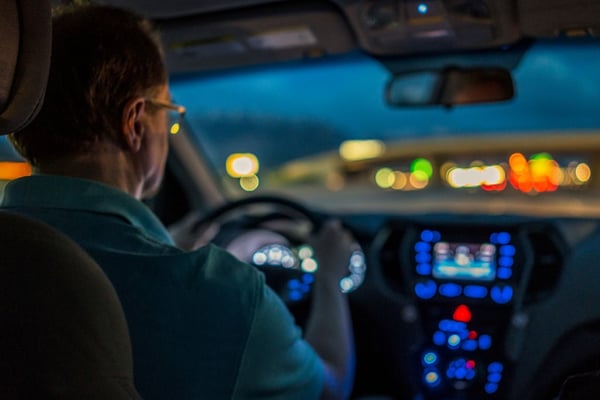 With so many potential variables at play, the OEM recognised that pinpointing the precise issue was never likely to be straightforward. Different vehicle owners could have been using their infotainment systems with different phones (field reports did not specify if the problem was related to a particular mobile device) or different mobile cellular networks.

The only information the field data showed was that each call was not dropped from the network. Instead, the Bluetooth connection to the infotainment system was being compromised, leaving both parties unable to hear the other.

With the pressure mounting and more consumer complaints being received, the automotive OEM needed to move fast. First, it’s in-house engineering teams tried to reproduce the problem. But when it failed to replicate the issue, Nextgen’s expertise and market-leading capabilities were called into action.

Using our market-leading and patented automation platform Nextgen ATAM (Automated Test Application Manager), we set up the infotainment system to be tested with a range of Android and iOS mobile devices. We also made sure subscriptions from all key mobile cellular networks were used. In combination, these two factors gave us a sufficient breadth of permutations to be confident in reproducing the issue and discovering the root problem.

Nextgen engineers devised an automated test sequence specifically designed to cover all the likely causes of the problem. 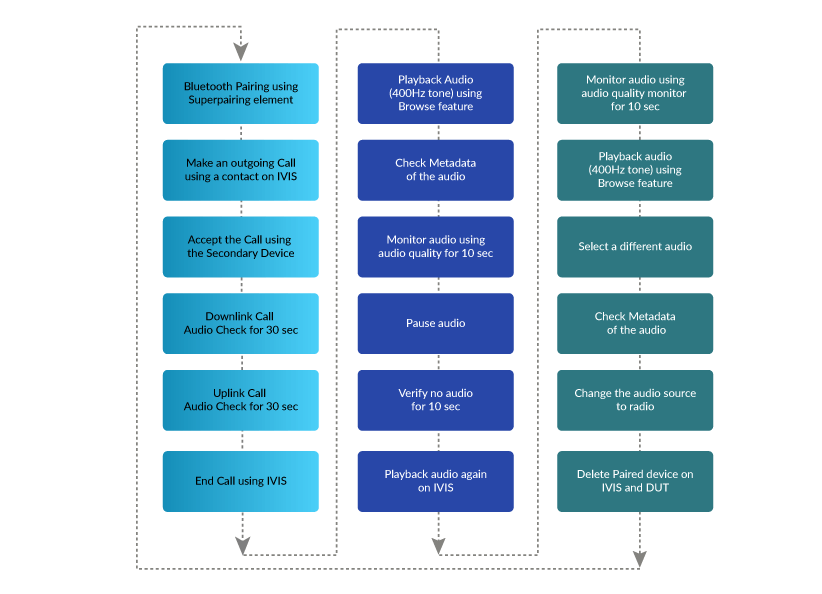 By harnessing FlexFlow, the graphical user interface on Nextgen ATAM, we were able to define a comprehensive test sequence incorporating infotainment system power cycles, connection and disconnection of Bluetooth communications and USB, and running inbound and outbound call tests of varying duration, and using each of the key test mobile devices and networks. 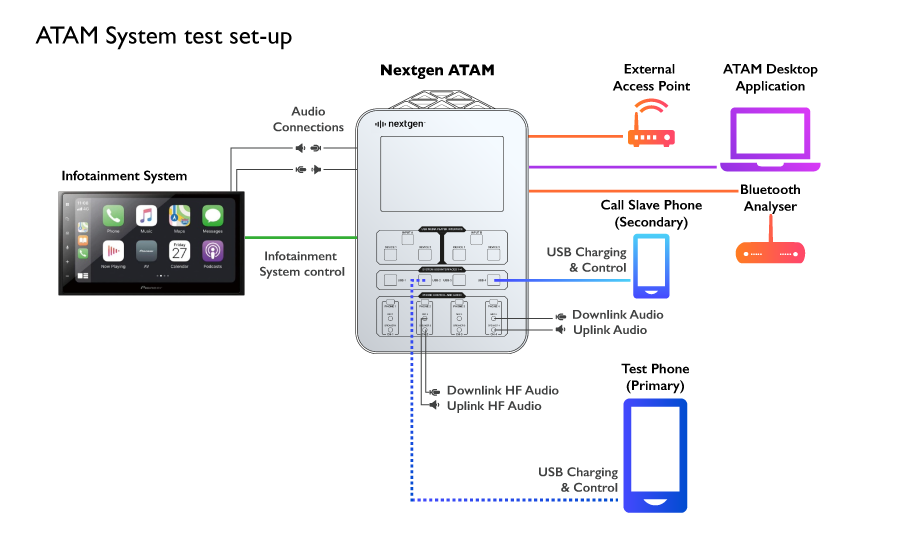 With the test sequence successfully devised and set up, our engineering team was able to record and analyse a wide variety of system parameters. These included infotainment system logs, Bluetooth analyser traces, Wi-Fi analyser traces, and audio recordings for each call. System response times (the time to connection after power cycle for Bluetooth, Wi-Fi, USB and media) were also monitored.

Infotainment system logs were compiled during each test and stored as part of the supporting data for each test cycle. As the tests progressed, Nextgen ATAM created Bluetooth analyser traces and video records of each failure encountered.

In just 48 hours, Nextgen ATAM successfully managed to reproduce the problem. The tests were instigated on a Friday, left to run over the weekend, and by the time engineers returned to the office on Monday the problem had been identified and was waiting for resolution.

Bluetooth connections were being intermittently dropped during longer voice calls. Nextgen ATAM compiled all associated Bluetooth analyser, audio and video logs, and analysis determined the issue related to a specific mobile phone category and operating system. This meant we were able to quickly begin work on identifying potential solutions.

Further testing was rolled out using special infotainment system software. This was designed to establish the root cause of the problem by monitoring and logging specific internal subsystem behaviours.

The OEM was able to successfully pinpoint and address the problem. After root cause analysis the OEM provided updated infotainment system firmware which was verified using automated stress testing across a range of devices and test conditions. The Nextgen ATAM automated stress tests confirmed that the issue was resolved and the new firmware was provided to end users.

“Using Nextgen ATAM means tests can be run and problems can be found even when engineers are not at work. That’s never proven more important than when we pinpointed the root cause of this tricky infotainment system problem in just one weekend.”

Find out more about how Nextgen’s automated testing platform (ATAM) can help you accelerate interoperability testing.